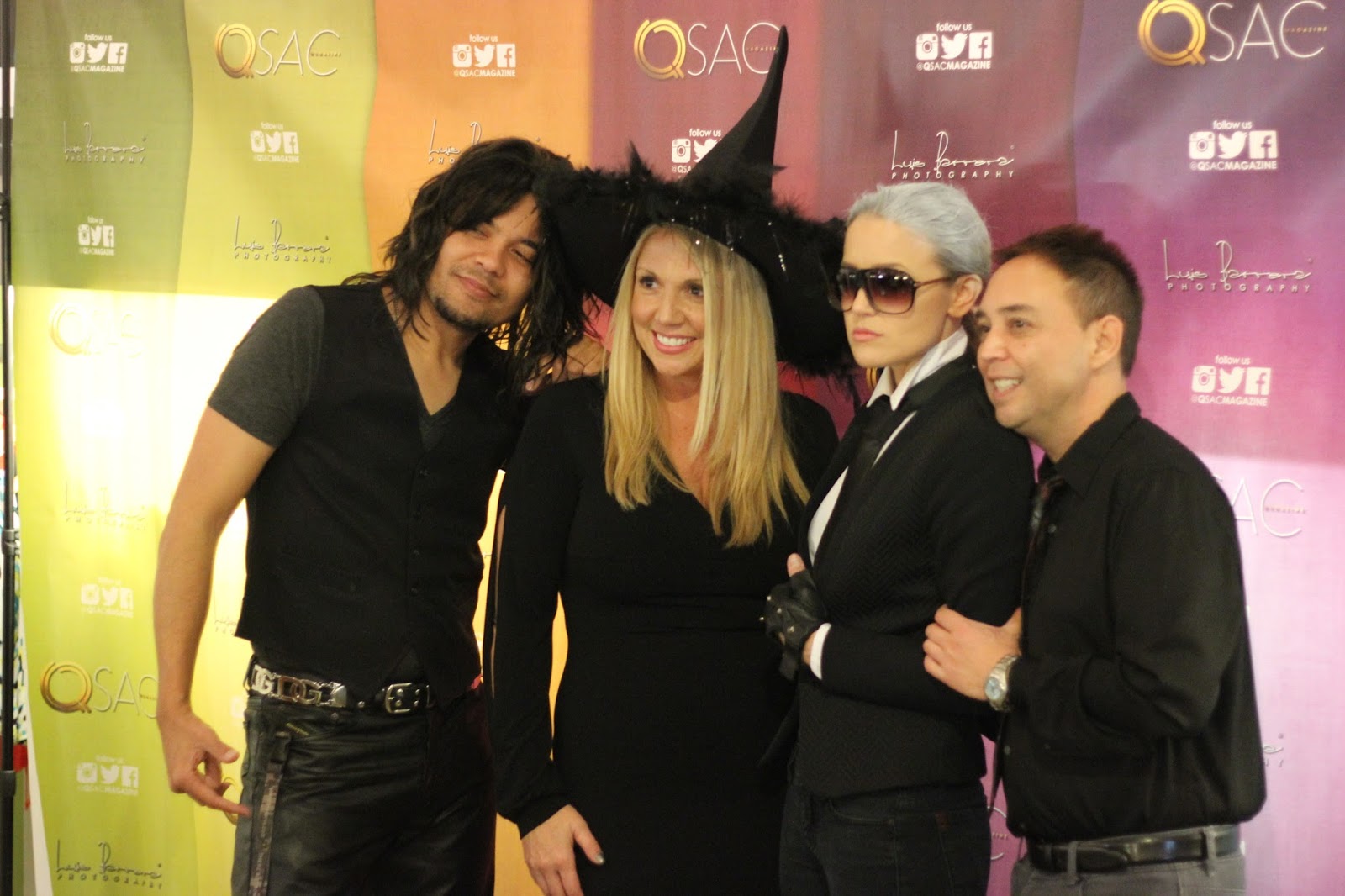 If you missed Sacramento Fashion Week's Halloween party let me be the first to say, I'm sorry.
This was an event not to be missed, filled with good wine and even better costumes.
Hosted by Denim Spot, the walls lined with Dias de los Muertos paintings and fabulous apparel created the perfect ambiance for a blend of the fashionable and the freaky. 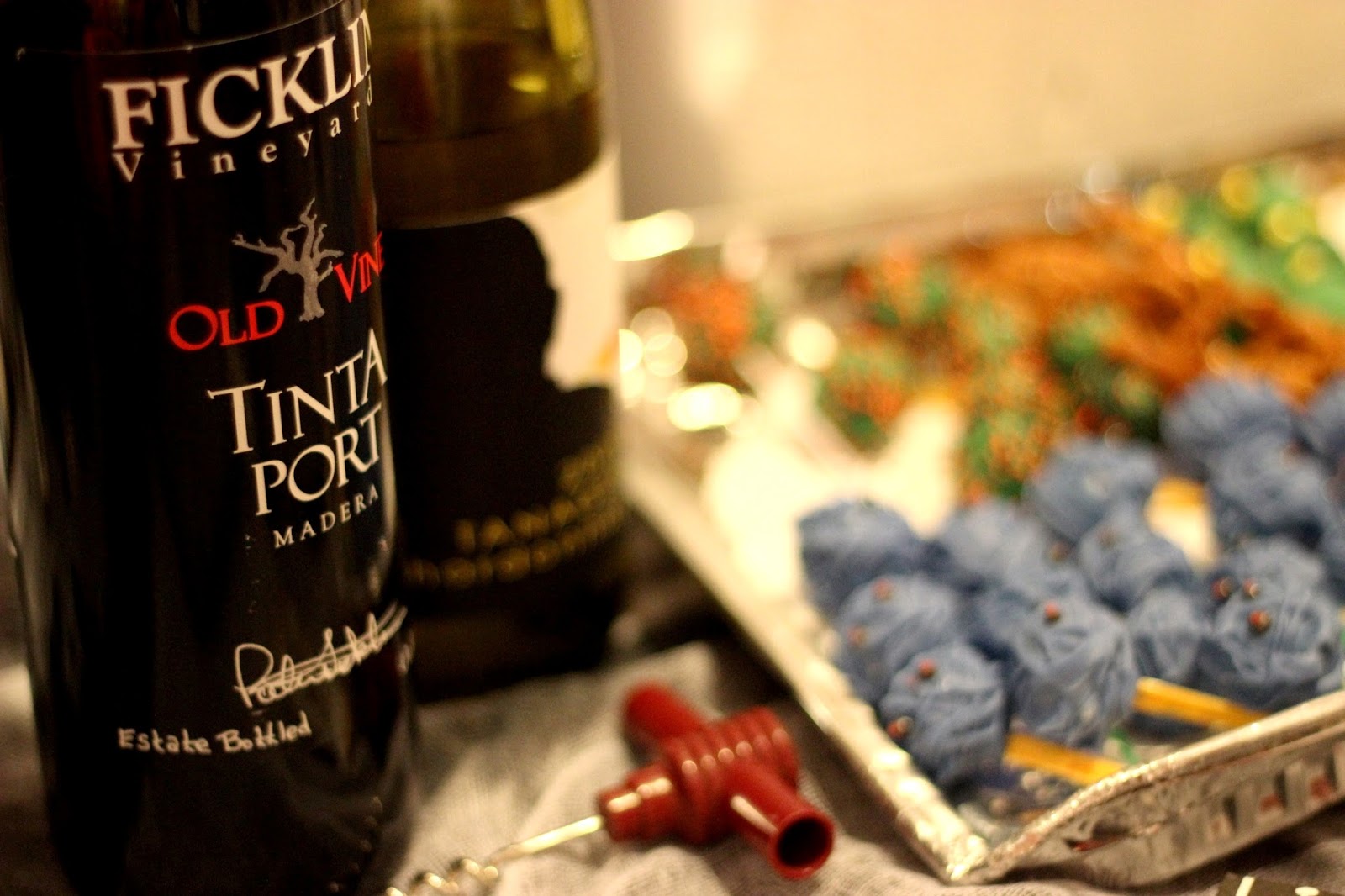 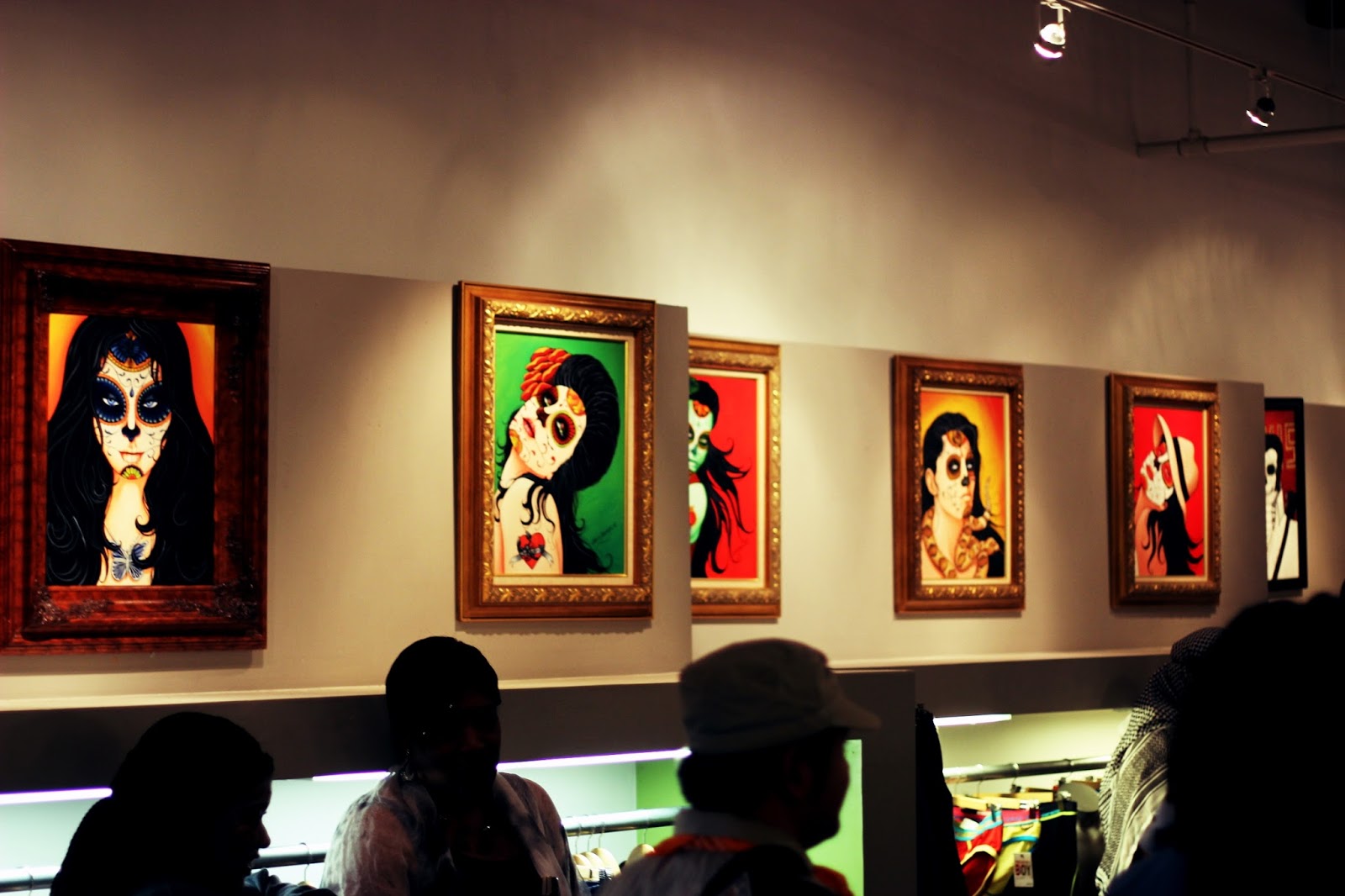 Lindsay Brent of Elle Brent Style and her SFW team were preparing the final touches to the space; lights strung from mannequins and lets not forget the bowls of candy (this is Halloween of course!). As they finished up, she ran to the back to get into her costume. When she reemerged it was no longer Lindsay, Karl Lagerfeld had entered the building. Only moments later a second Karl had emerged, this time with Choupette in hand. 2 of the fashion icons in one room?
I knew this party was going to be good.

The second Karl turned out to be a fellow blogger named Olivia. A Sac State student, her and I bonded over long commutes, Taylor Swift and all things fashion. Her blog, Champagne in Study Hall is primarily DIY's with a sprinkle of fashion and lifestyle posts. 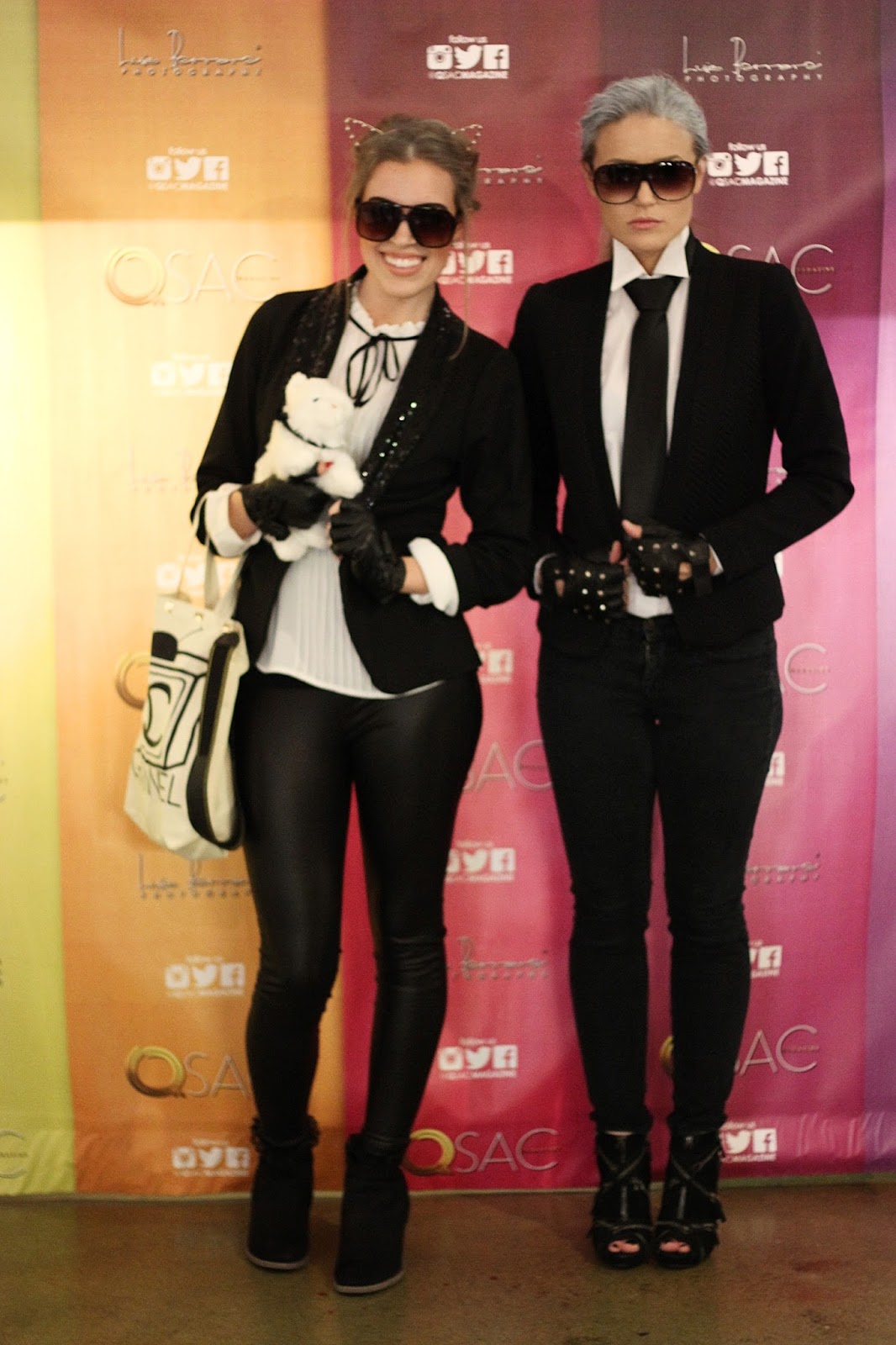 Let's be honest, one of the first things you typically do when you enter a party is hit up the snack table (no shame!). As I nonchalantly walked by I noticed the cutest little monster cake pops as the table centerpiece. If it's one thing SFW knows about planning a party it's the signifigance of details. Paired with a glass of red wine they were the perfect little treat for the occasion. 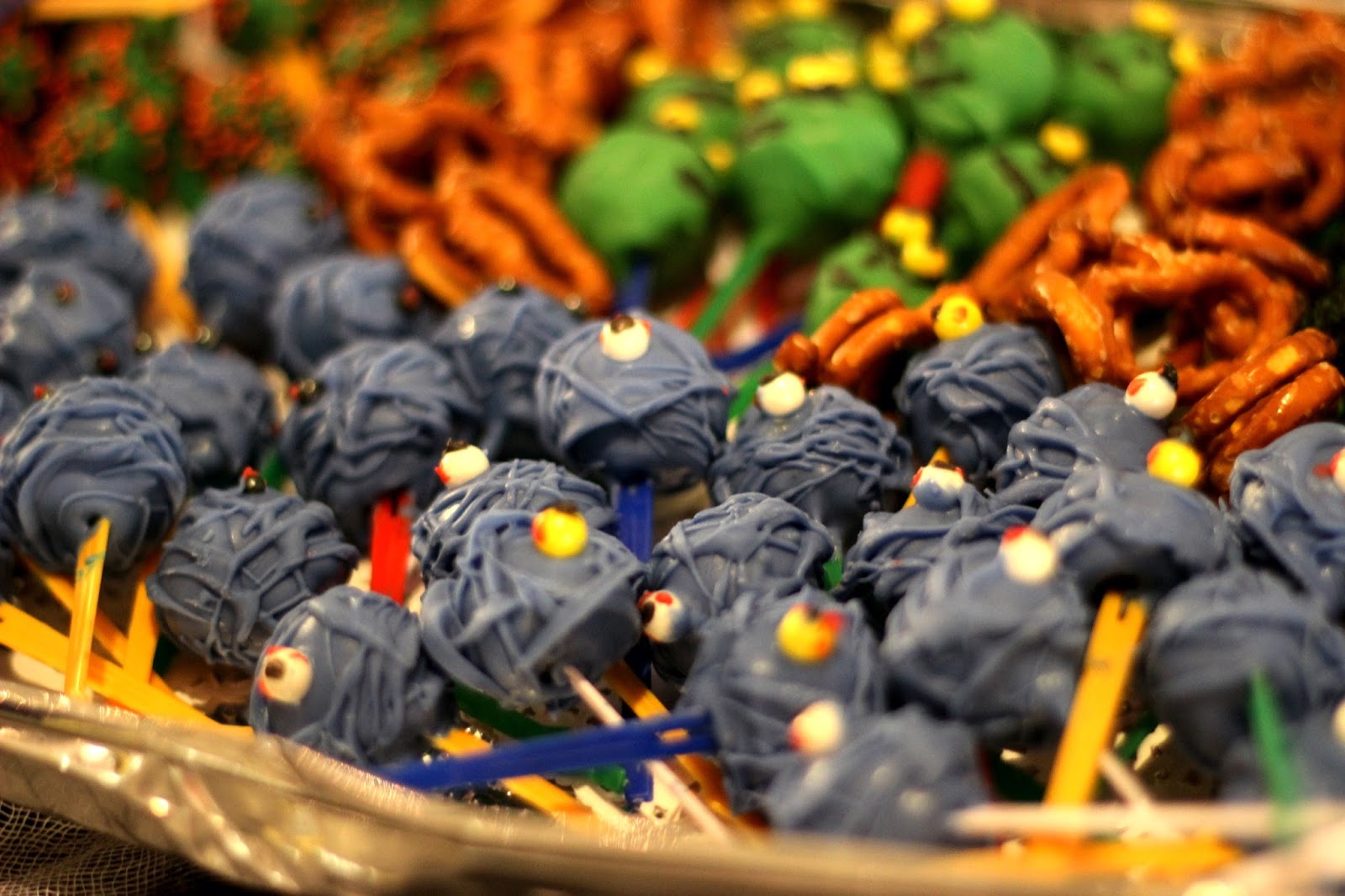 As guests began to trickle in, I noticed one woman dressed as a man wearing a saran-wrapped bagel around her neck. I couldn't help but ask what the deal was with that and her reply was one of the greatest things I've heard. She explained to me that she wanted to be Drake for Halloween and because Drake was half Jewish she had to represent that with a bagel.

Only a creative type would think of something that hilarious and as I spoke with her more I discovered that was what she was indeed. Nina was originally from Canada (hence the drake costume) and owns her own 70's-inspired clothing line called Brownskin Designs. Though she won't be showing this upcoming year she is already preparing to show within the next few years. Until then, if you would like to check her collection out she will be headlining a fashion show at Ace of Spades on December 10th. 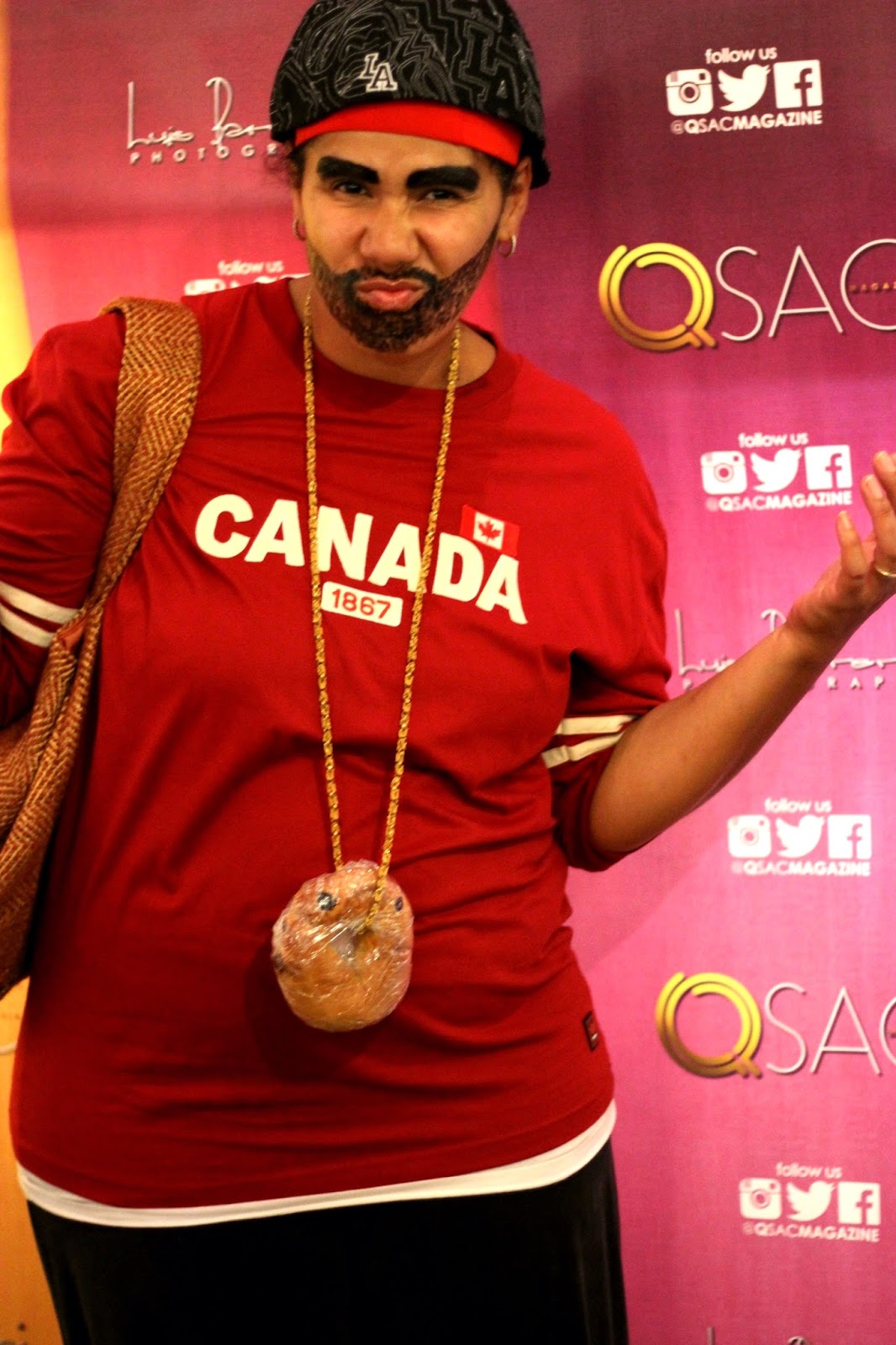 Next Up I met two goofballs who were dressed as Carl from Up (see what I did there) and the sky.
Along with a few other awesome costumes I had to mention... 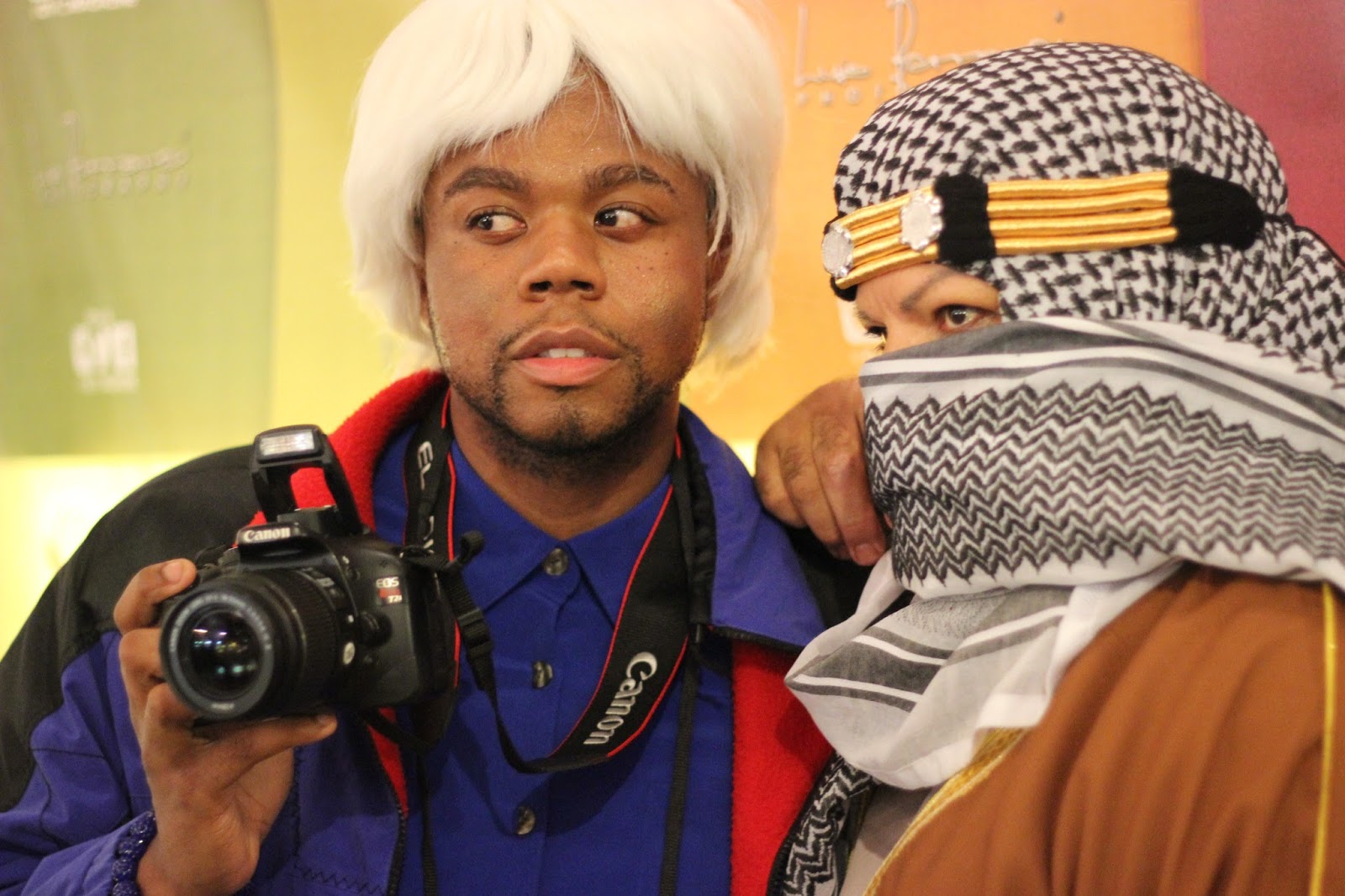 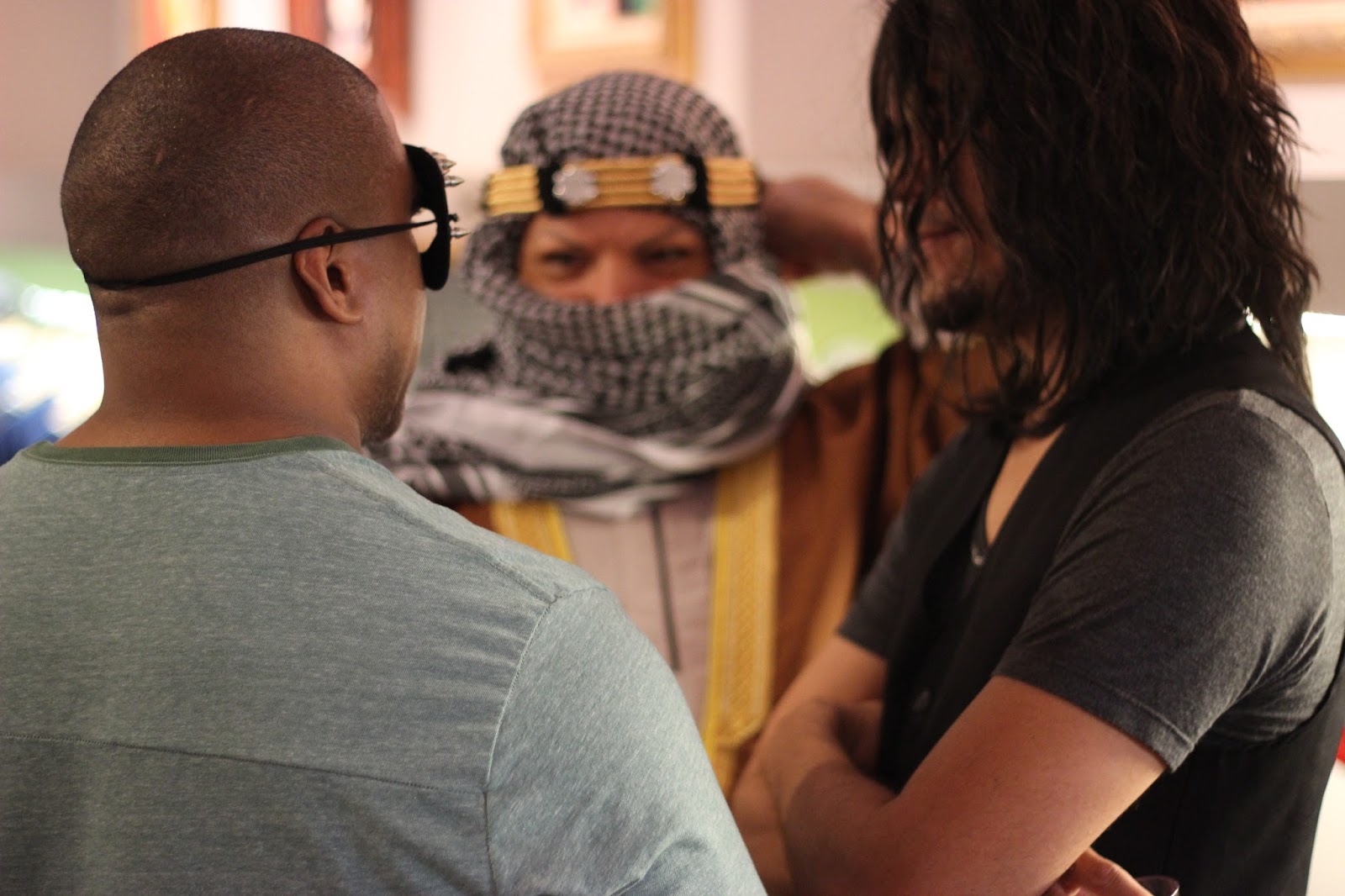 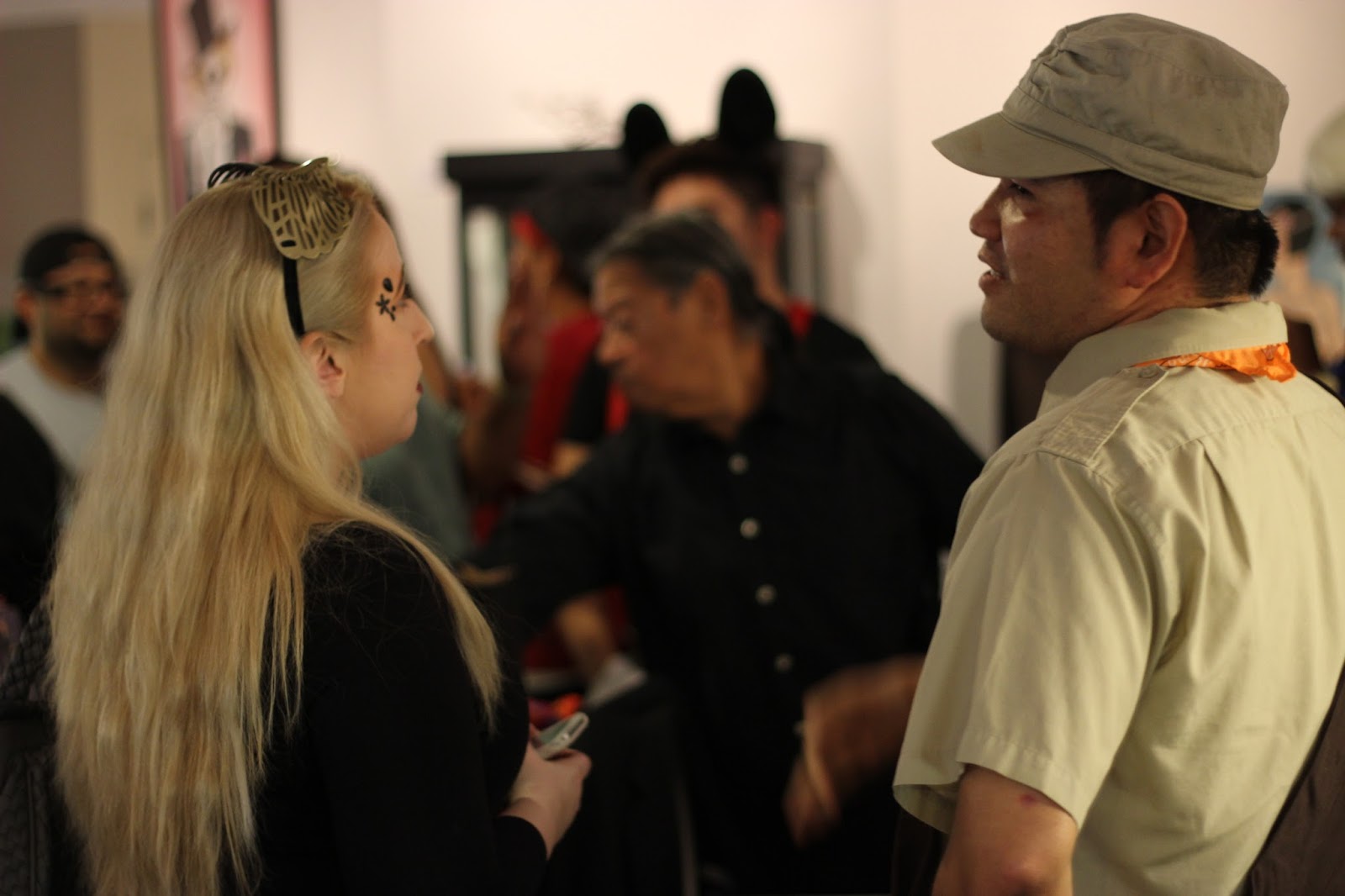 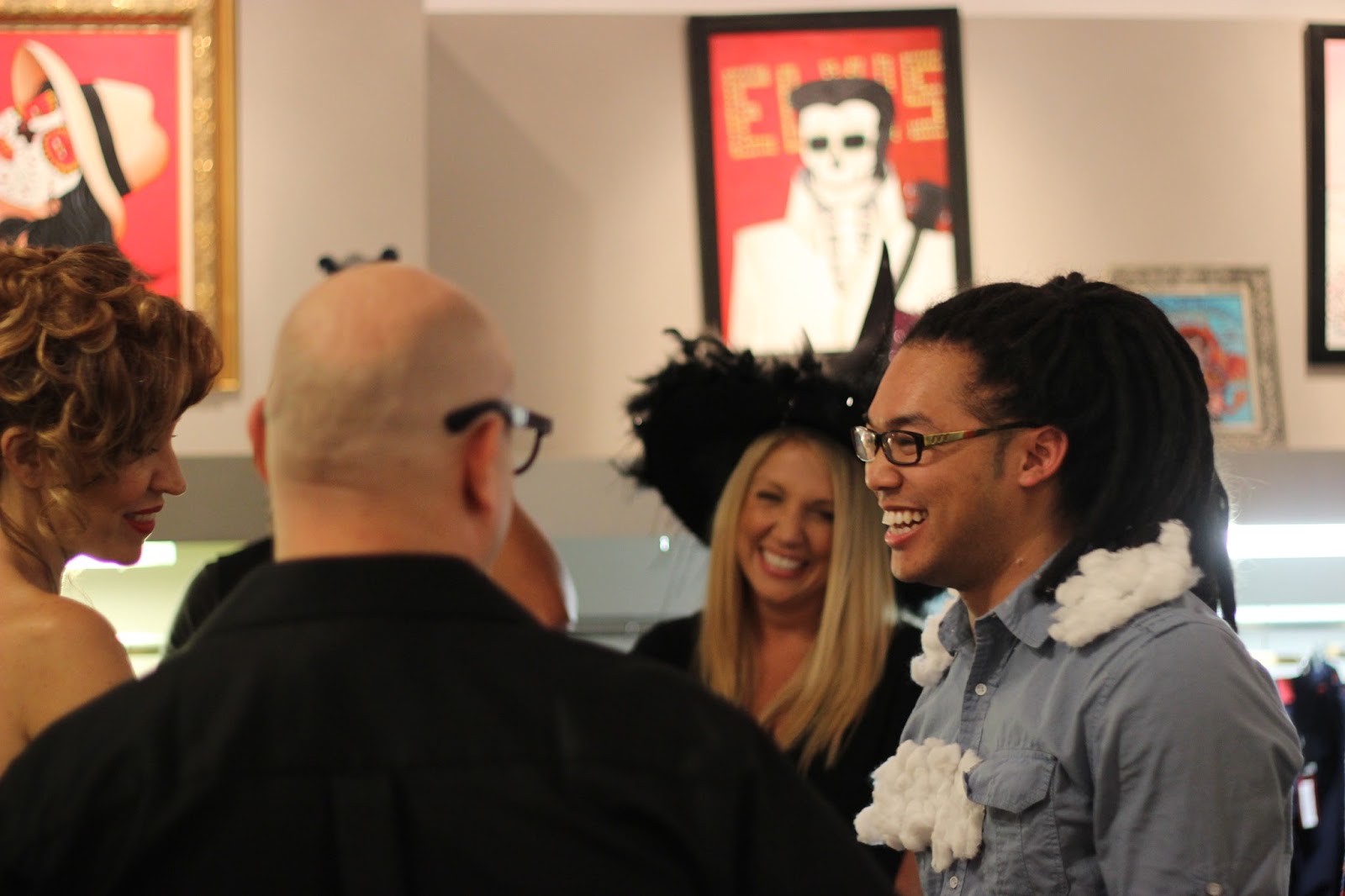 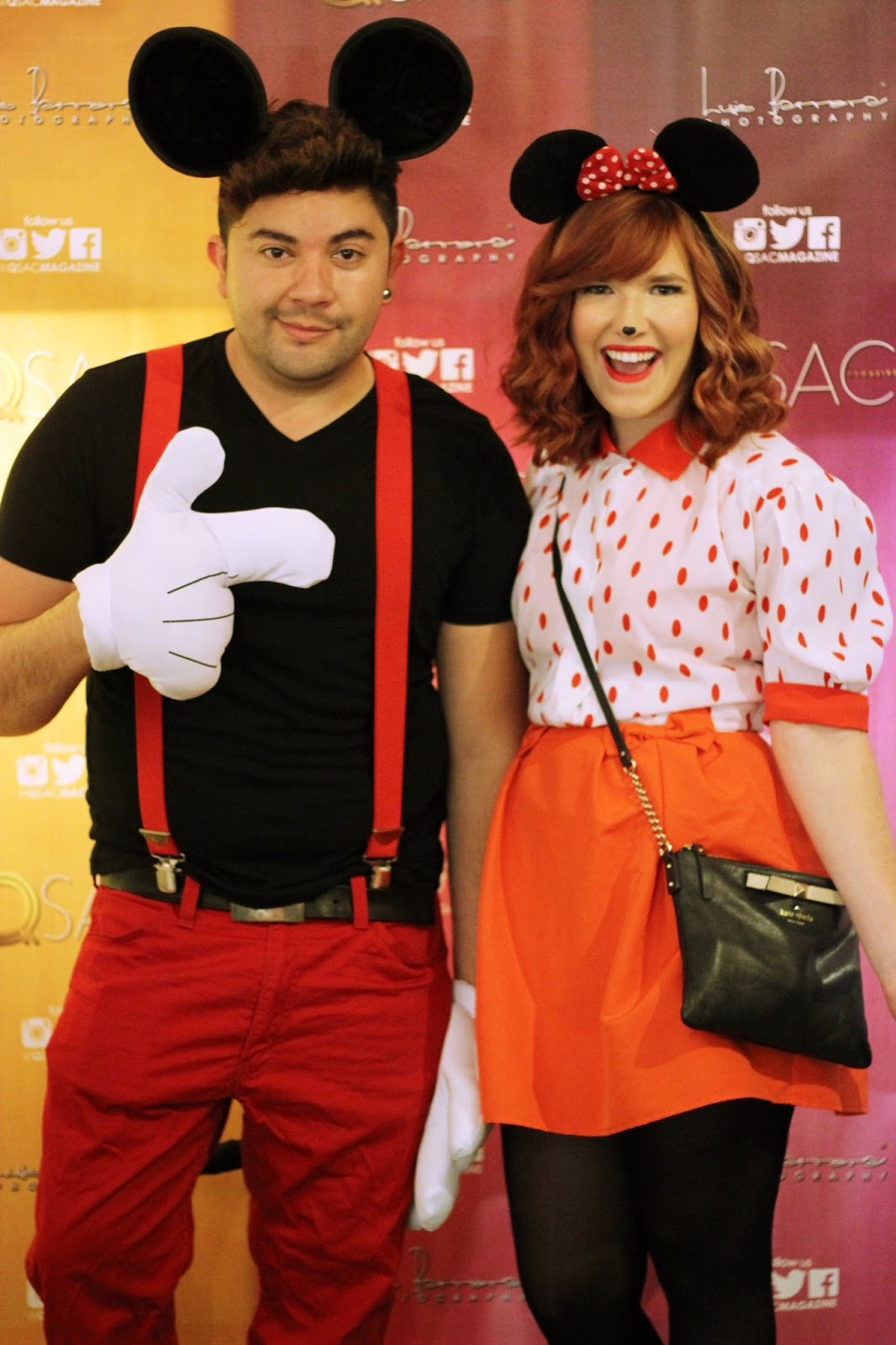 It was mouse love at first sight when Mickey walked in.
I was introduced to Luis of Luis Barrera Photography. Let me tell you, this guy is a catch and later upon stalking his Facebook I discovered his photography is just as awesome as his personality. Luis is also noted as the editor in chief of Q magazine, one of the generous sponsors of the event. Definalty worthy of being my bae for the night. 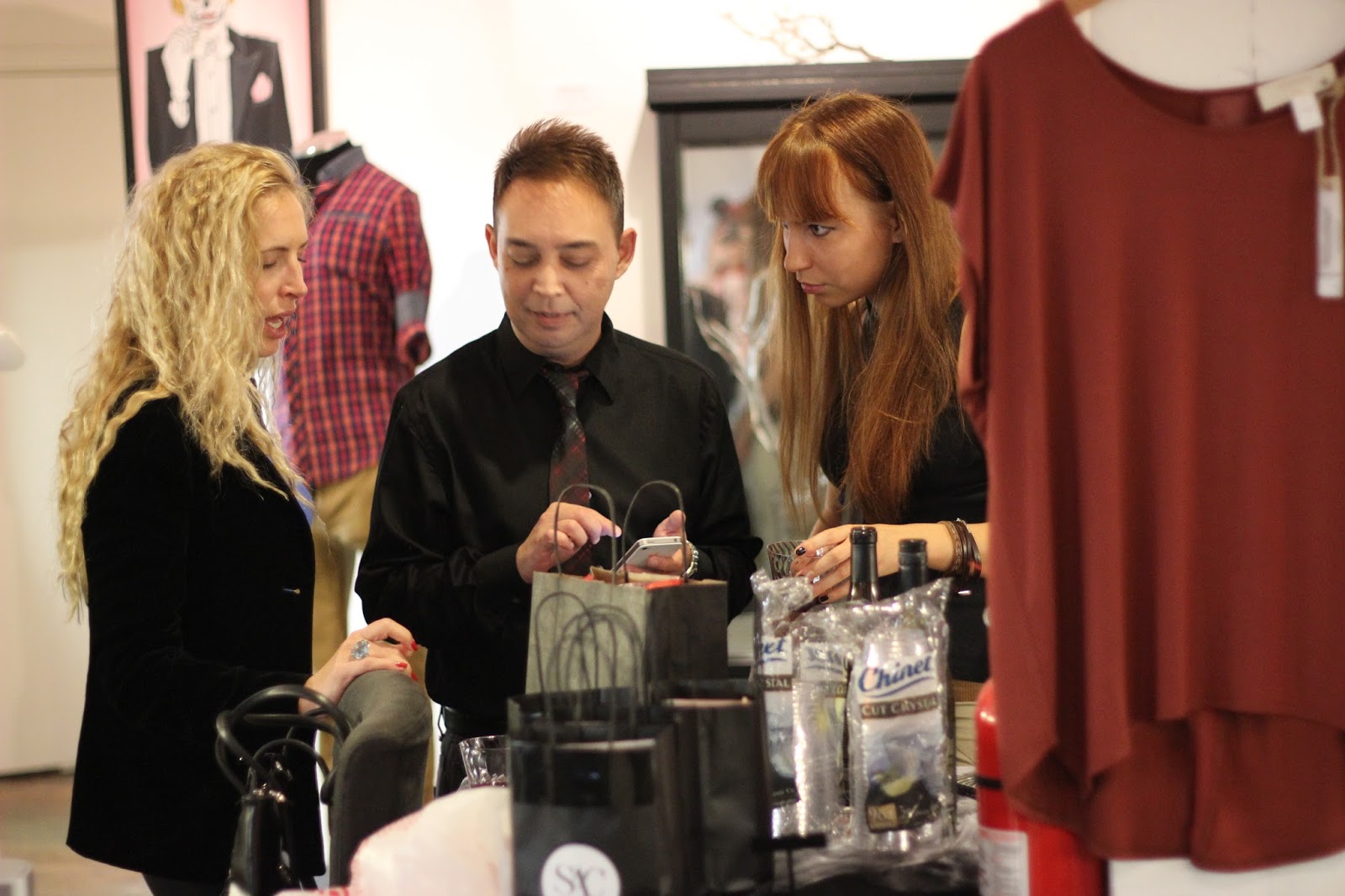 The team of Sacramento Fashion Week has a flair for putting together events that are intimate yet inclusive to all creative types. At one event I was able to mingle with bloggers, magazine editors, photographers, designers and a variety of other locals. I am excited to be part of this collection of people that come together to create amazing things that give our city life.

While Sac Fashion Week is only once a year, the crew makes an effort to do many events throughout the rest of the year. Like their page on facebook to make sure you are kept up to date on their upcoming events.

Welcome to my closet ♥ 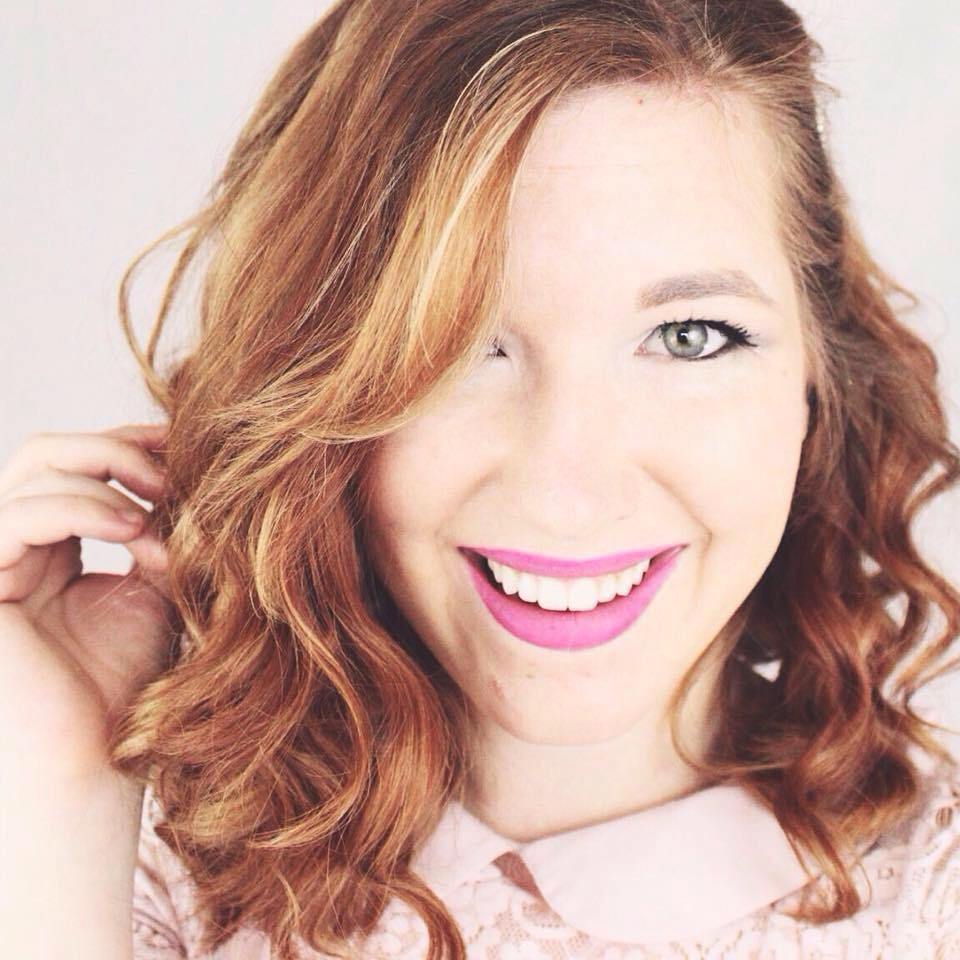